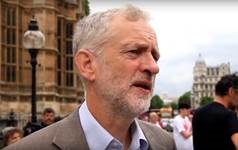 “Youthquake” is the word that has emerged at the top of Oxford Dictionaries’ list to be named as Word of the Year for 2017. The main reason for choosing this term is the remarkable level of involvement by youth in the UK’s 2017 summer elections. The term is basically a union of the words ‘youth’ and ‘earthquake’. “Youthquake” is defined as significant change in political, social and cultural aspects driven by young people.

The term is actually not new; it was coined in the 1960s by Diana Vreeland. Vreeland was editor of Vogue US from 1963 to 1971. She came up with the term to describe the great intrigues in music and fashion by the youth culture in Britain at the time. The word made a surprising comeback in 2016 and 2017 in the UK political scene. Assumptions were made which predicted an easy win for Theresa May and her Conservative Party. These expert predictions were based on an expected trend where most youth would not be interested in voting.

The biggest shock came when a large number of young people turned out to vote. As a result, conservatives lost their majority in parliament. The youth made a clear statement in support of Jeremy Corbyn and his Labor Party. The ‘youthquake’ was characterized by hosting of grime events and memes sharing on social media by the avid millennial Corbyn supporters.

New Zealand also recently had its share of ‘youthquake’. As more and more youth got involved in politics, the world’s youngest Prime Minister was elected. Jacinda Ardern, the current leader of New Zealand, is only 37 years old. For more information on the selection of “Youthquake” as word of the year, click here.

Indeed, young people are a major segment of society, not just politically, but economically as well. Most businesses increasingly must appeal to millennials because they form a huge chunk of the market. Knowing how to effectively communicate with these young people will help trigger the desired reaction. Whether you are selling homes or insurance or anything else, tailoring your message to fully meet the needs of this demographic has the potential to provide lasting results.

To achieve success, it is critical to create content that delivers your message in ways that lead to engagement with your target audience. Read our post about the type of content millennials are consuming. Then give us a shout to start a conversation about how we can help you to reach not only millennials but all demographic segments effectively.