What’s the Average Click-thru Metric for PPC? For Display? 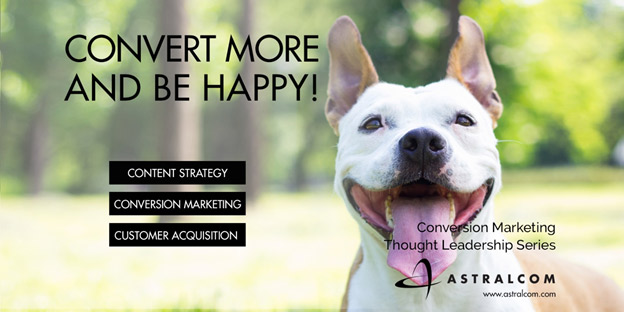 Let’s try an experiment together in order to try and answer this question. Search for the following terms in Google: <Average PPC CTR>

You should get the same results that we did – a post by WordStream stating that the “The average click-through rate on AdWords paid search ads is about 2%.”

There you have it. You could simply use that as the baseline and be on your way. Right?

Well, if you click through to the actual article, you will discover it’s a smaller excerpt of a larger data set on CTR’s and other important metrics. The full article or post is at this location. Near the bottom of that lengthy post, you can see where the data comes from: “This report is based on a sample of 2,367 US-based WordStream client accounts in all verticals (representing $34.4 million in aggregate AdWords spend) who were advertising on Google AdWords’ Search and Display networks in Q2 2015.”

So, it’s based on 2,367 WordStream client accounts that spent a total of $34.4 million in the second quarter of 2015 only. Does that make for the basis of a generally accepted standard? You’ll have to decide that. But whether you think so, or not, it has become accepted as the standard. In fact, you can check all the major digital marketing portals and they are all referencing this small survey from WordStream as the standard.

Likewise with display ads and Google’s tool to help understand key performance indicators in display and rich media ads. Check that out here.

See, for example, that the average CTR in the US for display ads is .12%, when measuring all ad formats during January 2016 – November 2016.

See also that for healthcare, the average CTR in the US for display ads is .05%, when measuring all ad formats during January 2016 – November 2016. However, note that there is a difference between Standard Media (SM) and Rich Media (RM) ads, whereby SM ads are at .08% CTR.

Mostly, CTR’s across the board in digital advertising are very low. However, here at ASTRACLOM, we’re typically performing above the industry standard – in both PPC and in display – for clients across different verticals. We typically see 4% – 8% CTR’s and even higher in the PPC campaigns we run. Likewise in display; where our typical CTR is in the high .30 – 60% range.

Even so, chasing CTR’s is nearly a zero-sum game. Much of the thinking in this manner is that by simply driving more traffic, the result will be more buyers. For example, if your PPC campaign CTR is .11%; which generates 500 visitors a month and your conversion rate is 3%, you typically get 15 new buyers each month from display ads. If we increase the CTR to .15% that would deliver more traffic but would it necessarily result in more conversions? What if we just increased the budget, would that result in more conversions?

The more important question in this scenario is actually how can we increase the conversion rate, rather than increasing the CTR?

Consider that a display campaign could be delivering twice the industry standard CTR which results in a 96% bounce rate! What good is CTR in that case?

The real focus should be on what happens after the click-thru.  Just doubling the conversion rate, in our example above, would mean an additional 15 new buyers without increasing the spend to acquire them.

Remember that content drives CTR and context drives conversions. So, while many brands are wrestling with CTR issues and missing conversion opportunities, we’re helping our clients convert more of their traffic into buyers.

This article is part of the Conversion Marketing Thought Leadership Series.